Skip to content
If only they had listened – Barty v Kyrgios

If only they had listened – Barty v Kyrgios 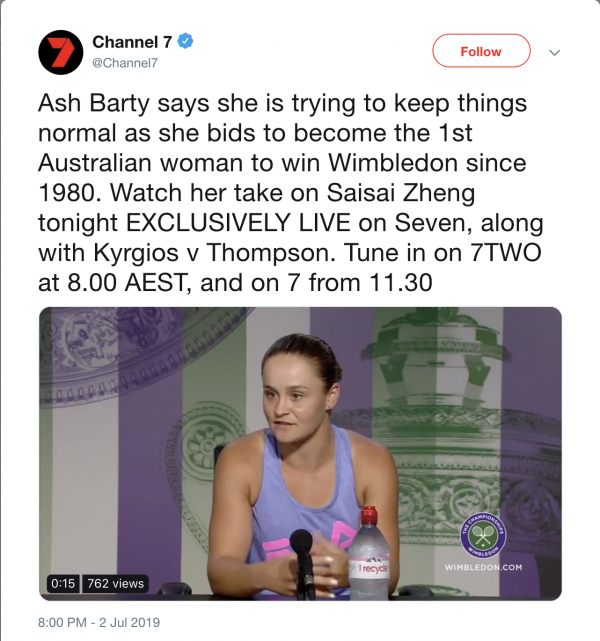 Ash Barty was scheduled to play at 10PM AEST. Prior to this match, Nick Kyrgios, ranked number 43, was set to play Jordan Thompson, ranked 44, starting at 8PM AEST.

All good, Channel 7 had this covered: 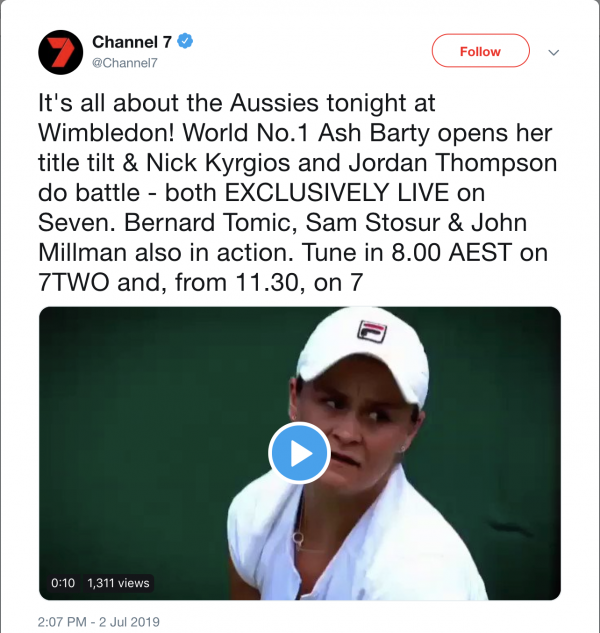 The Kyrgios vs Thompson match went longer than anticipated, and Channel 7 decided to stay with that match, rather than switching to the Barty vs Saisai match.

The audience was quick to let their feelings known. We took a look at social conversations leveraging Salesforce Social Studio that mention Kyrgios, Barty and Channel 7 across the 2nd and 3rd of July. 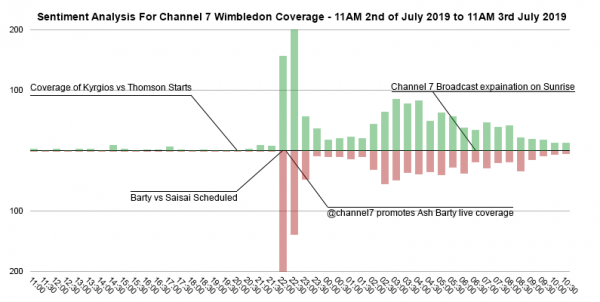 Sentiment always needs to be analysed.

Looking deeper at the sentiment, it is clear that the audience were angry towards the broadcaster, not the players.

What did the Audience say?

We took a look at the most common words used in negative posts about Channel 7. We found that the audience were using terms like “disappointed”, “pathetic”, “bizarre”, “slammed”, and “sexism”. 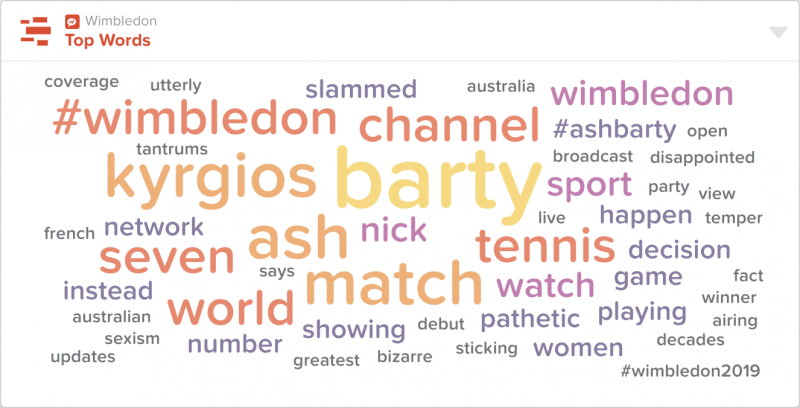 In addition, these conversations went well into the next day, with mainstream media picking up on the dissatisfaction. However, Channel 7 doesn’t address the issue until the next morning, where an explanation is broadcast through traditional media. The audience that complained through online channels don’t see an update or response from Channel 7 acknowledging their frustration.

What could Channel 7 have done differently?

Live sport is one of the unique selling points of broadcast media. But the audience still dictates what they want to watch.

Social networks give organisations an unprecedented level of knowledge around their audiences. A social listening strategy to identify which matches the audience was most interested in would have made the programming decision much easier.

Additionally, the participatory aspect of social networking could have been employed, asking the audience to tell Channel 7 what they want through an online poll or a hashtag.

A social listening strategy would have given Channel 7 access to the mindset of the audience, helping them to provide a better experience to their audience. Also, in the shadow of the Optus World Cup issues, broadcasters cannot afford to ignore concerns raised by the audience. Although Channel 7 explained their actions on Sunrise, the concerns were raised on social networks, and these concerns have been ignored. Wherever possible, respond to the audience in the media that they are familiar with.

Author:  Derek Harris is the Salesforce Social Practice Lead at destined.com.au specialising in helping organisations listen to and engage with their social audiences and make better business decisions.

Destined are a leading Salesforce Marketing partner in APAC. We work with clients on strategy and implementation of the entire Salesforce product suite which includes Salesforce Social Studio.

Contact us if you would like to learn how Destined and Salesforce Social Studio can support you.