Skip to content
If Social Media predicted the results of the 2018 World Cup who would win?

Football’s biggest event has began, with almost 3.4 billion eyeballs expected to tune in to Russia’s 2018 FIFA World Cup.  According to bookies, the top five countries to watch are Brazil, Germany, Spain, France, and Argentina.  But we asked another question….

What if the result was determined by the amount of social media your team could generate?

We decided to look at the social chatter and see if the World Cup was decided on this alone, what would the result be, and what else we could learn.

Method:  We used Salesforce Social Studio.   There’s a lot of data. Literally billions of mentions of #worldcup, #wc, #cupdumonde, #fifa etc across the social web.   So much data in fact, we decided to focus just on the countries that were participating in the World Cup, as well as anglicised names and hashtags of their playing squad.  Timing:  These insights are all prior to the World Cup starting.  We will do the same at the end of the World Cup but this is what we have discovered so far. 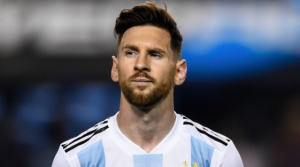 No surprise here….Messi, Messi and then Messi. Lionel Messi is the most talked about player with 785 000 mentions.

Only the countries Argentina, England and Colombia were mentioned more than these players. 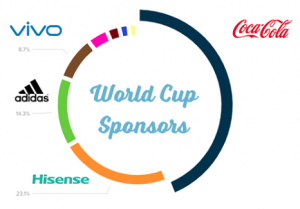 Coca-cola saw a large spread of topics across the World Cup, with no one player dominating mentions. It’s no surprise that Jason Derulo is mentioned in over 10% of posts – Colors (sung by Jason Derulo) is the Coca-Cola Anthem for the 2018 FIFA World Cup.

Hisense was popular with the Japanese audience, contributing to 98% of content, while Adidas saw only 4 400 mentions of Messi in conversations.

Following the world cup we will provide a deeper insight into the sponsors and the value generated (request copy).

Cup fever has swept across South America and Europe. However, the World Cup fails to grip Asian audiences. The graphic below highlights mentions by countries: 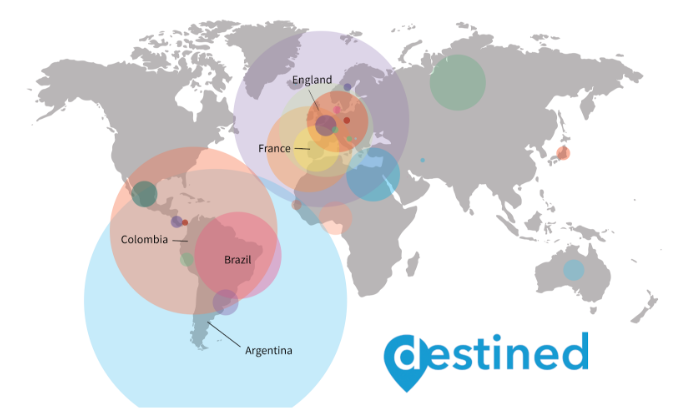 This is despite both Japan and South Korea qualifying as participants. The reasons behind the low numbers of mentions may be because our analysis has focused on the Anglicised versions of player names and the Korean peace process has been the primary topic of conversation. 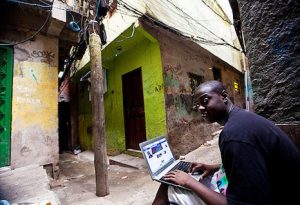 Who is getting the love?

The players were the most talked about topics, with Lionel Messi coming out on top. Interestingly though, former greats were also discussed, such as Zidane and Beckham.  Fans also wanted to know where they could watch games and when they were broadcast on TV.

Overall, there is a 56% positive sentiment towards the World Cup. All teams captured the passions of their countries – with the exception of the Swiss team, where mentions of them online was 66% negative, with fans lamenting the need to play both Brazil and Germany to be a chance of making the finals.

A quick look at the negative sentiment generated online shows that words like “exploit”, “clash” and “fight”, are used to describe games. We can also see the prevalence of digital activism online. Although FIFA is no stranger to controversies, conversations focused on Russia’s recent geopolitical crises and reports of North Korean slave labourers building the stadium.

So what did we conclude?   If you ran purely off the amount of traffic generated by a country, then Argentina was a clear winner.  A large part of this was due to Messi and the traffic he generated. England second, Columbia third, France fourth and Brazil fifth.

But we decided that this was not fair. Based purely on population you could have guessed these outcomes.    So we have added in two additional factors into our analysis  – a country’s population and their smartphone penetration.

The outcome…..  We were hoping to see Iceland come storming through – they did (due to low population and reasonable global interest), but not quite to the top.  But the world order was changed and here are the results:

As the Cup goes on we are going to publish more social insights as we discover them.

To get updates, simply register at destined.com.au/social